The NDA – Correctly and Legally Protect Your Intellectual Property 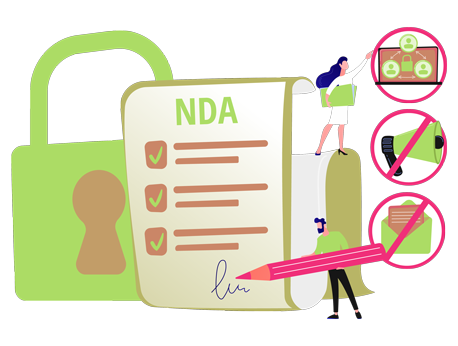 You have finally come up with a new product.  Years of hard work and investment have paid off.  You made the necessary arrangements and are ready to find an appropriate manufacturer to build your products.

While it is understandable you want to jump right into manufacturing, doing so is not a wise decision.  You need to take the time and effort to protect your property and hard work.  You will need an NDA, Non-Disclosure Agreement.  Failing to do so will compromise your hard work.

If you are looking for Sourcing Nova to find you the best manufacturer for your products as well as all of the other services we offer before arriving at your door for sales, you will need to have an NDA ready and on hand.

Most Chinese manufacturers will not have an NDA for you.  This is your responsibility to provide and include the necessary information.  In the NDA, you should have a clause or section on compensation in the case of the NDA being compromised or broken.  There are some Chinese manufacturers who are hesitant or will outright refuse to sign an NDA for a variety of reasons.  Sourcing Nova will make sure to find an appropriate manufacturer for your product design and idea.

Note – There are a few important things you need to know before continuing:

Making sense of the Non-Disclosure Agreement

The Non-Disclosure Agreement is a legal document that makes the sharing of information about your idea confidential.  Those who are a part of the NDA explicitly agree that any sensitive information will not be shared outside of the scope of the NDA and people who are privy to that information.

The NDA protects your idea – otherwise known as your trade secrets – your idea that is private to you and not publicly available to any third party or employee.  The idea holds an economic advantage, a potential for profit, protected from the public and based on serious research and development.

These secrets can be anything about a business – financial information, engineering or even an algorithm for a website are all ideas and trade secrets.  These need to be tightly protected.  The NDA allows the business to be more profitable and competitive in what could be a very competitive field.  The elements of the business – the marketing strategy for example – is not normally a publicly known fact.

When do you need a Non-Disclosure Agreement

There are plenty of times an NDA is appropriate and necessary.  The main time to have one is when you want to protect your intellectual property unless you give specific permission to use it.  Here are the times when a Non-Disclosure Agreement makes sense:

When is a Non-Disclosure Agreement not required or necessary

There are only a few times when the NDA is not necessary.  A start-up attempting to raise funding for a project from a certain type of investor, the venture capital investor, often will not benefit from an NDA.

The reason is simple.  Venture capital investors will not sign documents of these sort and will refuse to share funding.

Why have a Non-Disclosure Agreement for the future?

An NDA will protect you for upcoming events, business interviews and the like.  In particular:

How long can the Non-Disclosure Agreement stay in effect?

There is no absolute set time for an NDA.  You may want one in perpetuity, but this is not feasible.  Technology and business move much too rapidly for that to be possible for a variety of reasons.  The number one reason – maintaining the NDA with legal protection can become exorbitantly expensive.

What is more common are term lengths dependent upon the industry and specific information.

The average time for an NDA is two to five years.  There are some instances when the NDA will last up to 10 years.  For some industries, such as technology, the period can be as little as a single year or less.

It is more common for the NDA to have clauses that cover the idea under other, more lasting terms such as copyright, patent and intellectual property laws of your country.

The three types of Non-Disclosure Agreements

Because the world of business varies in sizes, there is no one NDA that will satisfy all your needs to protect your idea and intellectual property.

This specific NDA only involves you and one other party.  The other party could be the manufacturer for your product, your marketing company or an auditor for your finances.

You have an idea, and you find a potential business partner with an idea that will compliment yours.  You both agree to keep each other’s idea confidential.  You and the other party are creating a balanced relationship but making it completely legal as well.

Lastly, the bilateral is common when you are selling a business and idea.  You want to have some information – price of the sale, maintaining your vision of the business and the like.

The third and last type of Non-Disclosure Agreement is the multilateral.  This when you are involved with three or more others who are all in agreement to maintain secrecy.  You will have the idea and will share it with the manufacturers in your production chain.

The multilateral NDA works well because it keeps unilateral and bilateral NDAs.  However, there can be complexities involved because of negotiations on what should be in the agreement.

Do Non-Disclosure Agreements have pain points?

A pain point is a recurring issue that inconveniences or annoys you, your business or customers.  Of all the contracts you can sign and be privy to, the NDA is often the one that will cause the most pain points and disagreements.

Here are the most common.

Typically, the person holding the NDA will be barraged with questions, concerns and the like from employees or partners needing information that may be part of the NDA.  However, the information is rarely needed or accessed.

NDAs can change and evolve like many different contracts.  Those who need access to NDA templates may not know which one to use.

Knowing whether to use which of the three templates can be confusing if you are not well versed in the language and terms of the NDA.

Some NDAs may be poorly written or found on a website that is not updated and modern.

Not all involved with the NDA will agree with the terms from the start.  Often there are negotiations necessary, costing you time and capital.

Many times once the agreement is signed, it is filed away and forgotten about.  This can cause problems when questions about what is and what is not confidential are brought up.

Confidentiality – The core of the Non-Disclosure Agreement

The key part of the NDA is what is and what is not confidential.

The confidential section of the NDA is where the majority of the negotiation takes place.  You want to have as much protection for your idea as possible, protecting you and your idea from any loopholes or legal issues that could arise.

The manufacturer wants to be 100 percent certain what is and what is not possible to share.  After all, sharing one small piece of information on an idea could cause serious legal complications.

The issue of oral information

There is a fundamental issue with oral information.  The manufacturer may insist that only information written is confidential.  You may argue that is insufficient.  The compromise usually falls into the idea that oral information will be considered confidential, but confirmation of the information shared orally must be in writing within a short period of time.  This will be explicitly listed as part of the NDA.

What information is excluded from the NDA?

All Non-Disclosure Agreements will have some exclusions for the manufacturer.  There are times when situations require sharing of confidential information.  The most common exclusions written into the NDA are:

If the manufacturer has to share some of the NDA because of a legal issue, the manufacturer is normally allowed to do so.  It requires a court order and forewarning you of the legal process coming up.

Standard information of a Non-Disclosure Agreement

There are a handful of elements that are essential to the NDA.  Other elements are optional and may be negotiated.  Here are the major ones to include:

Miscellaneous provisions of an NDA

There are some elements of the NDA that do not fit into one of the above categories.  These may be:

There are always pieces of information that are simply not confidential.  These can be part of the NDA or negotiated as needed.

No one wants to be forced into a legal proceeding over your idea or product.  It is a hope your NDA will have as many provisions covered as feasible.  However, there are times it may be necessary.

You will need to find and gather evidence that the recipient broke terms of the NDA.  Evidence must be absolute across the board – how the idea leaked, was used and who was privy.

You will need a qualified attorney to assist you to determine what is the best recourse you have.

The first step is often a letter of cease and desist.  The letter will outline the details of the NDA, proof of the infraction and consequences if continued.  There is also a demand – often to stop using or sharing.

One of two things will occur: The recipient will take head and stop, or you can take legal action with a lawsuit.  If you outlined where legal issues are to be resolved, this is where the legal actions will take place.

The court can issue injunctions and require monetary recompensation.  Many times, however, the damage is done.

Sourcing Nova reminds you we are not qualified to produce an NDA on your behalf.  There are plenty of different templates available online or can be written with the assistance of an attorney.  Either way, it is a strong recommendation you have a clear outline of what you want in the NDA.  It may be that you will have to find different NDA and cut/paste one together to meet your needs.  Regardless, be sure that the NDA is enforceable and will protect your idea.

Sourcing Nova is excited about the prospect of helping you find a manufacturer for your new product idea.  Our huge network of manufacturers span all of China.  We can find the perfect match for you and your product.  Leave us a comment below, and let us know when you are ready to get started. 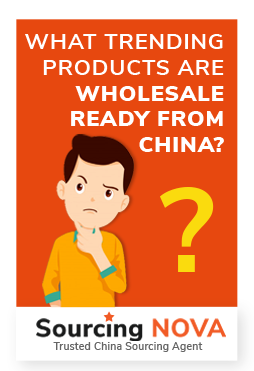 2021 changed the way people spend time at home, and their consumption habits changed. What products do you think people want and need in 2021?

Get your free copy of Sourcing Nova's trending products report below.